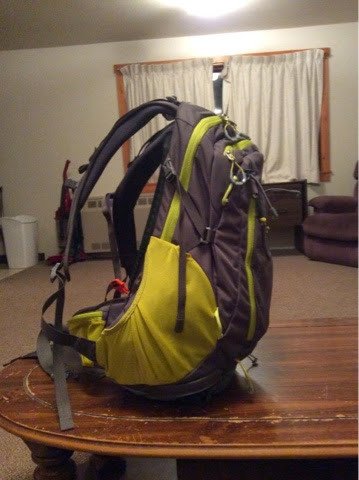 Yes, that is the only bag I have in China.  Like I said in the last post just a few things.
In the car at 2:45am to drive the hour from Virginia City to Bozeman.  Had a 6am flight to Minneapolis then to Seatle and the last leg to Shanghai.  Traveling with m friend and his two small boys. (1 1/2 and 3). I was helping him get his children and stuff to China where his wife is teaching this school year.
The boys did really great for such a long day.  A couple of melt downs but nothing unexpected.  I carried a half naked wailing littlest one down the concourse and the older one did a face plant after running on the moving sidewalks.  We kept going... No one scarred.
I really hate to fly and have never flown any further than New Foundland.  The first two flights are what I know.  Small planes, sitting way too close to strangers, I don't want to unbuckle my seatbelt and sing the Lord's Prayer pretty much the entire way.
The 12 hour flight to Shanghai was totally different since it was huge you didn't feel as much. All 4 of us could sit together without having to sit right next to a stranger.  There were a set of two seats on either side of us and the set of two next to me was only one person. 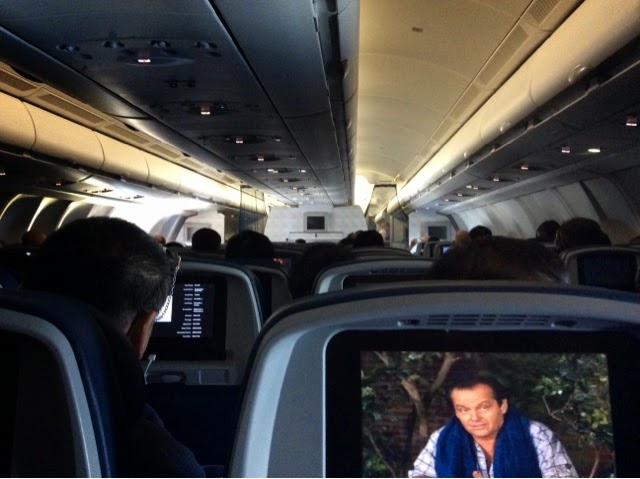 We had movies... Which I could not watch anything all the way thru.  I think because I was just so tired.  Plane travel is exhausting.  We could follow the flight by the map but you could also see flight data... Like miles traveled, speed, air temp, etc. 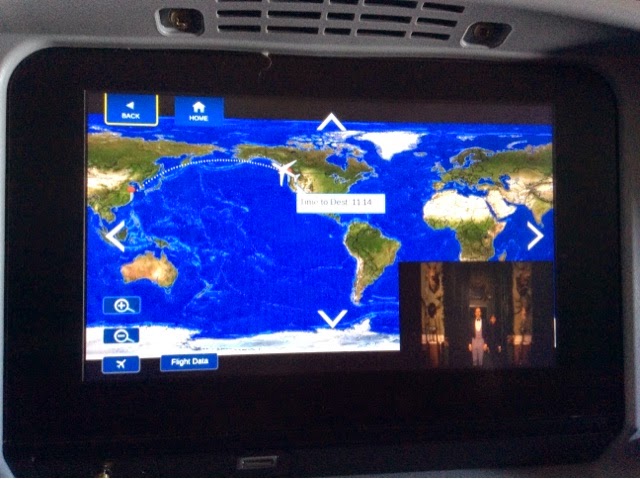 I couldn't believe the amount of food and drinks they give you for 12 hours. We had the normal snack of drink, pretzels and peanuts right away.  Then there was a full dinner,  I had a pasta dish, salad, roll, cracker and cheese and a brownie with another beverage. 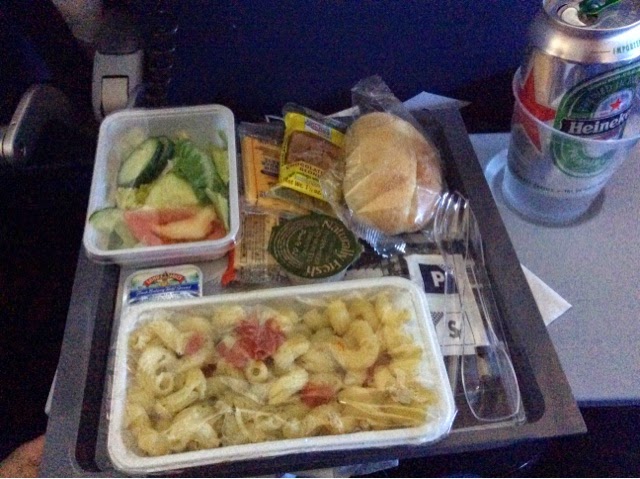 Then there was another mini meal of turkey and cheese sandwich, cookies, beverage.  Then another meal a little over an hour before we landed of egg bagel, yogurt, chocolate and beverage.  Not to mention the multiple bottles of water and beverage rounds.  By the last meal I could not eat anymore.  I don't think I have ever ate that much in a 12 hour period.  We also ate lunch while we were at the Minneapolis airport. 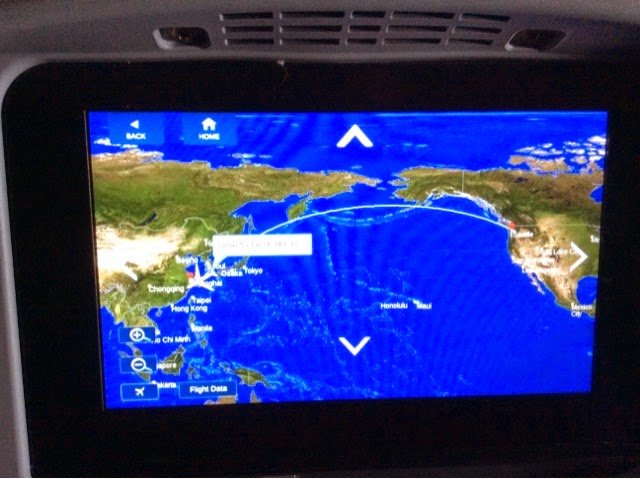 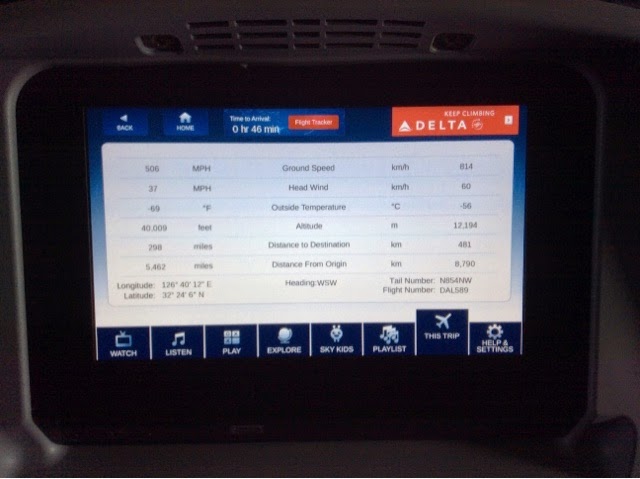 We finally arrived in Shanghai. Had a 2 hour drive to where we were staying.  I got to sit in the front seat of the van that was driving us.  Wasn't too bad on what seemed like a freeway of some sort.  We must of been on an overpass or bridge the entire way until we got off the exit for where we were going.  A lot of honking, light flashing, people not driving completely in their lane but no weaving or speeding.  Then when we got off the freeway it was madness.  Hurds of mopeds and electric bikes who paid little attention to traffic laws and cars not minding getting right up on them.  People walking across the street without using a crosswalk in the dark and rain.  It looked like our driver was about to hit a group of people and it didn't seem to phase him or the pedestrians.  Can't wait to see all this during the daylight hours.   Staying in Kunshan for a couple of days. 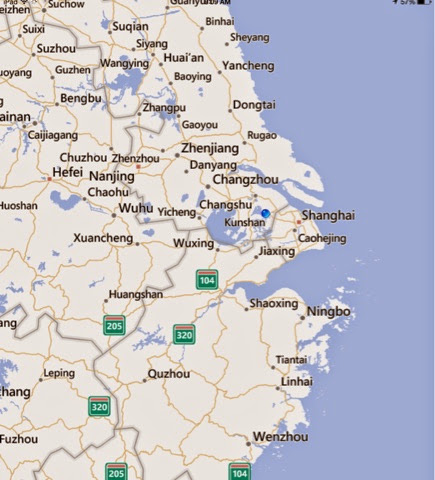 We were traveling well over 24 hours.  We left Montana on Monday morning and arrived in China Tuesday night...China time.  We did a bit of time travel which for whatever reason is difficult for my mind to wrap around.  So I have a feeling my days and times will be messed up for quite some time.  Just have to keep it together enough to catch my flights.
Posted by Patches O'Nassis at 10:01 PM