We headed out of California the beginning of April to head to New Hampshire.  We set aside a month to see things along the way.  We had a bit of a plan before leaving but it didn't take long to throw that out and just go with the flow.

The first 2 nights we stayed at Walmart.  I always seem to bring the rain to California so we were trying to stay as dry as possible... And we did a pretty good job.

The first night we stayed in Los Banos California.  Had a nice picnic lunch at a park, saw a movie in the theater, wandered downtown and were inside TicTac before the rain hit. 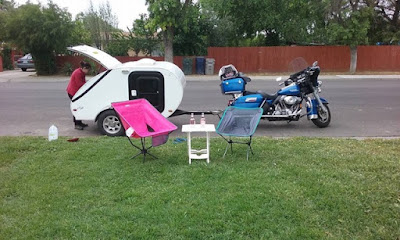 The second night we stayed in Bakersfield at a Walmart... Again making it inside TicTac before the rain.

Michelle wanted to see some ghost towns so with a quick internet search we found Amboy California off of Route 66.   We decided to head that way.  We ended up at Roy's and topped off Blue's tank.  Not recommended since the price of gas was over $5/gallon.  Ridiculous even for California standards. I  misread where we were going to spend the night.  I thought it said Amboy Campground before we lost cell service but it was really Amboy Crater.  When I asked the guy who worked at Roy's he had no idea what I was talking about but told us we could spend the night behind the hanger... After being a little irritated that this seems to happen all the time.  So, if in the area you can overnight park at Amboy Crater not in the town of Amboy.  For us it worked... Evened out with the price of gas... So we got gas and a site for $18. 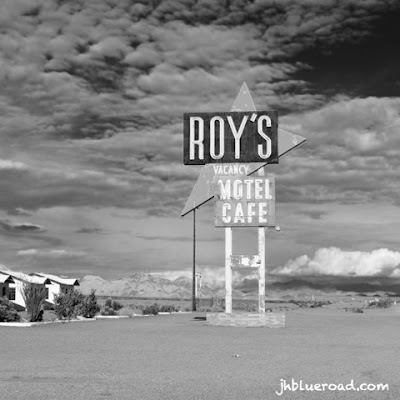 It was a nice spot for the night.  We enjoyed the sunset and a quiet night. 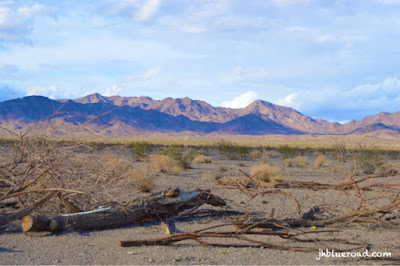 The view from our overnight spot. 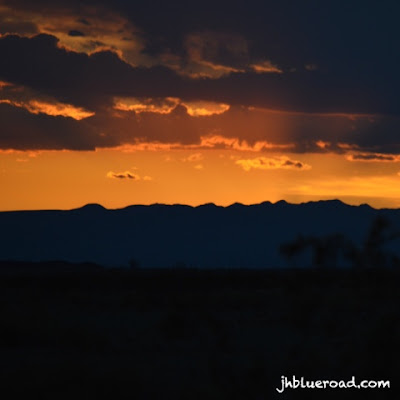 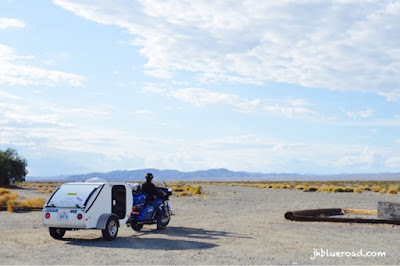 That's me riding out of the gravel before Michelle got on.  She took most of our pictures for this trip.  Fun to have a different perspective and pictures of myself.

On the way to Ambiy we realized Joshua Tree National Park was about an hour away.  We were going to head to Mojave National Preserve but decided we couldn't miss Joshua Tree since it was so close... So we went to Joshua Tree next.  Will tell you all about it in the next post.

Posted by Patches O'Nassis at 3:45 PM