I had quite a nice birthday.  I was kept busy by the Brothel Days in town, work and a lantern tour.

I heard a speaker about brothels and it was quite interesting.  I didn't know much about brothels except what I saw in the movies.  I had no idea the buildings would be door, window, door, window so the ladies could solicit in the windows.  She talked about brothels in a good portion of this area of Montana starting with Butte.  She said they would charge by the minute and they had found a 5 minute timer in one of the buildings they tore down.  They also found in a building they tore down a dungeon of sorts where they had rooms for the women underground in horrible conditions... but of course each room had a sink no matter if it was horrible conditions or the most fancy of brothels.  Quite interesting.

Then in the afternoon they had bed races.  It was a bit of a bust.  Only 3 teams so there were only 2 races and none of them were dressed like a brothel girl on the bed... which was the point. 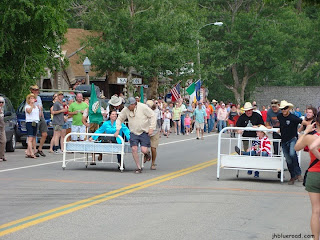 The people I work for made me a Sachetorte cake which was very yummy and I am still munching on.
It is a cake they first tried in Austria.  It is made with chocolate, sugar, applesauce, eggs, flour with a raspberry preserve in between the layers and topped with chocolate melted in espresso. 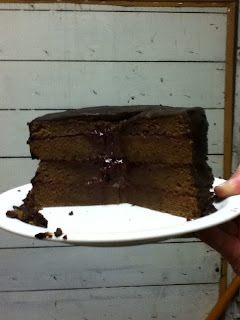 Then at the end of the day we had a couple of beers. 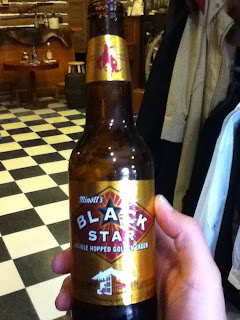 On the way home I decided I would treat myself to a pizza for dinner from the local pizza place and it was YUMMY!! 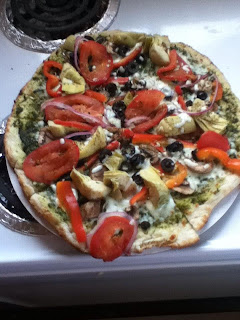 I went for a nice walk when I got home and met up with one of my neighbors.  It was a beautiful evening since it had rained in the afternoon. 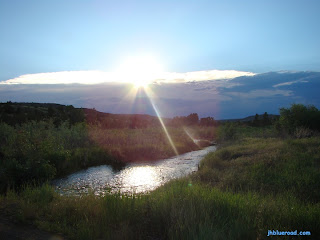 Then that night I went for a lantern tour in Nevada City at the museum.  I met a few people while waiting and they gave me a birthday beer.  They were really nice and it was a lot of fun hanging out with them for a bit.

The lantern tour itself was ok.  It started around 10pm since that is when it finally got dark enough.  I was hoping we got to hold a lantern but we didn't.  :(   They said it was a historically accurate reenactment of this day in history but it went downhill for me after one of the actors used the term "oh, it is an upgrade."  So frustrating when people think it is only about the acting and nothing about the way you speak.  Owells.  I was also kind of lost.  I guess you have to know something about Montana history and being a Nebraska girl I know nothing.  So I got a little lost history wise but the main story was some guy broke into a ladies house with kids, shot some other guy.  They guy who did the shooting was hung and the guy who gave him the weapon got 50 lashes.  I guess the guy who was shot actually lived.  It was all about vigilantes.  Below are some pictures. 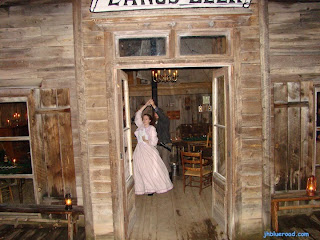 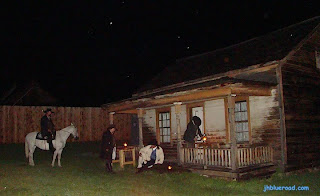 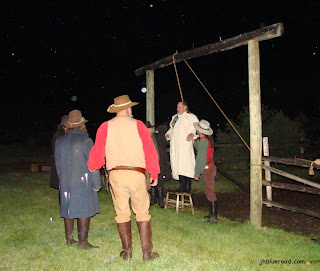 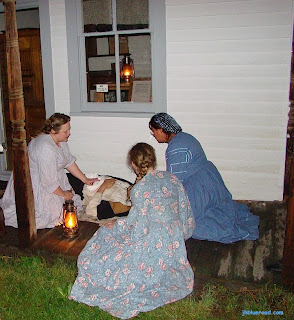 Posted by Patches O'Nassis at 1:36 PM