Blue and I have now been to all the lower 48 states!  Woohoo!!  I did a 9 day trip of over 2700 miles from Montana to Idaho, Utah, Colorado, California, Oregon and Washington back to Montana.  What a hot but beautiful adventure.
Blue had a few things fixed on her along the way.  Stopped in Twin Falls Idaho to see why the battery wasn't charging and had to have the voltage regulator replaced.  Then the next morning I realized I needed a new rear tire so in Salt Lake City Utah I got a new rear tire and they showed me that Blue's belt was about to break.  All the teeth were either almost completely off or missing.  So I had to get a new belt.  They said I needed a new sprocket but didn't have one.  The closest Harley shop with a sprocket was Grand Junction Colorado... It was all good since I needed to go into Colorado for one of the states I was missing.  So the next day I went to the Harleynshop in Grand Junction.
Then we left there went back to Salt Lake and headed west on 80 thru Nevada.  Each day was in triple digits.  Finally in California when it was 111 degrees I decided the boys and I needed a hotel for the rest of the afternoon and evening.  It was much needed.
The next night we were in Biggs Junction Oregon where it never got cooler than 97 degrees, no wind and no battery power for the fan.  Talk about a yuck-o night.  Didn't sleep much at all.  Then the last night back in Butte Montana it was at least 20+ degrees colder and I was freezing.
The scenery was beautiful and I wish it wasn't so hot so we could of traveled some more but it was just too much for the boys and I and we headed back to Virginia City Montana where I will be working the rest of the summer.
One thing I need to work on is drinking water.  I am really bad about drinking anything when it is hot and I was quite dehydrated when I was done with the trip.
Here are a few pictures from our ride. 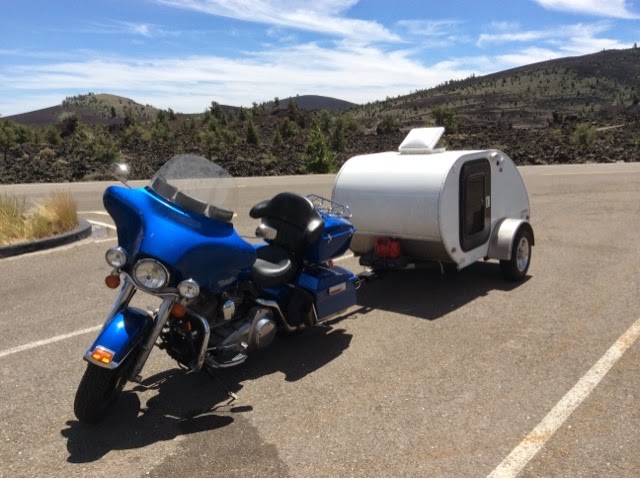 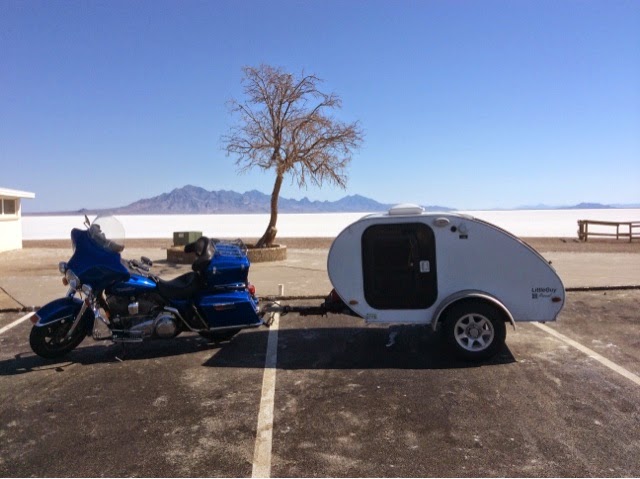 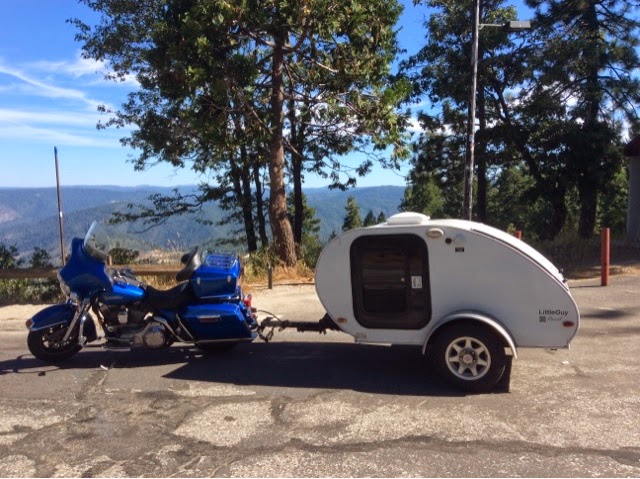 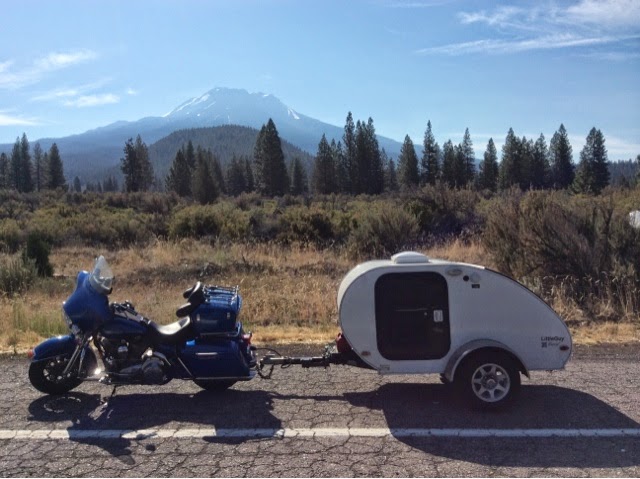 Mt Shasta in the background, California 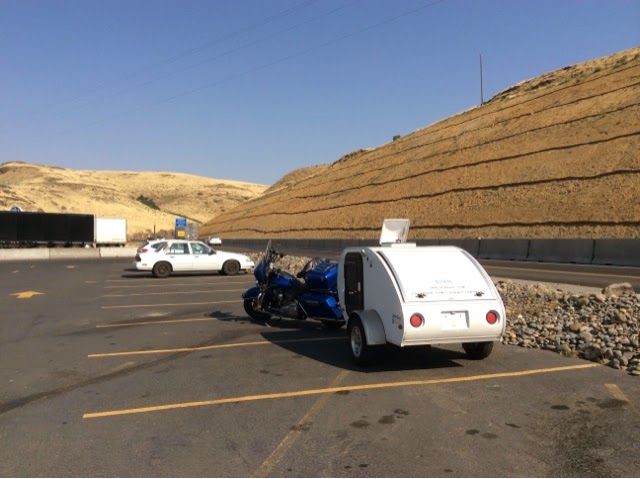 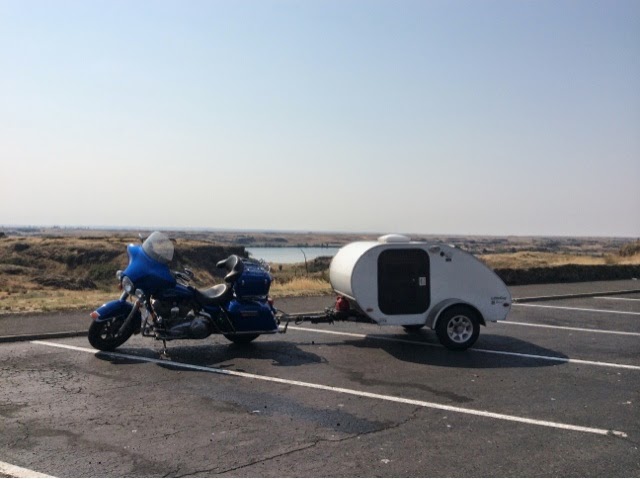 30+ miles outside of Spokane, Washington 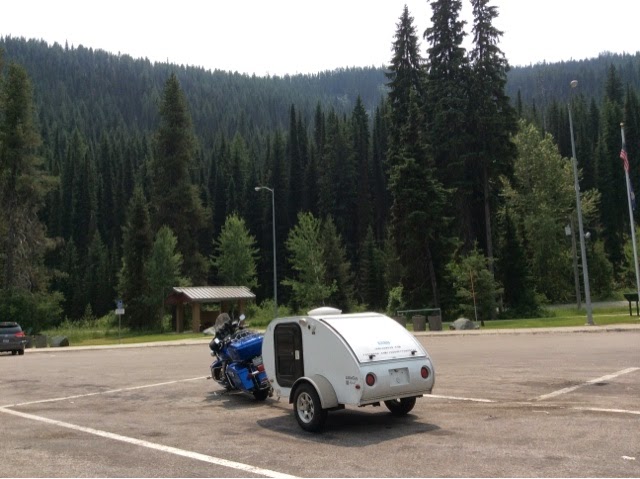 Just on the Montana side of I-90 after going thru Idaho.
Posted by Patches O'Nassis at 11:52 PM