I have had quite the traveling adventures this summer... sorry I am a bit behind.

I finally rode thru Michigan at the beginning of June on my way over to Minneapolis.  I have only crossed over the state line once to eat at a Burger King or something so I could say I had been to Michigan so I was really excited I decided to drive all the way thru and cross over the Upper Peninsula.   I knew going I would hit the Mackinac Bridge and that the bridge was part concrete and part grated but I figured I could do the concrete portion.

The whole way thru Michigan was absolutely beautiful and when I got to the bridge I was a bit nervous.  When I got on the bridge and realized the concrete portion was under construction a bit of panic came.  Riding a motorcycle on that grated stuff is scary enough... add a trailer and I thought I was going to die.  The bike rocks back and forth and so does the trailer making the rocking more intense.  Luckily it was slow because of construction but not too slow.

I was so excited when the concrete portion opened up and I went right over.  Then the orange buckets started to appear again and I had no idea how I was going to get from the concrete to the grate without dumping the bike.  I saw a biker in front of me who made it on the concrete portion until it was concrete and concrete.... so I figured I would do the same.

So here I am driving down the concrete portion as the lane is getting smaller and smaller.  I would of been ok if it was just Blue... but Blue and TicTac not so much... but hell if I was going on the grated portion.  So I started hitting one orange bucket after another with TicTac until I finally made it to the all concrete portion of the bridge.

I made it to the toll and the biker in front of me left me a dollar... guess he was impressed by my orange bucket fiasco.  haha... I survived and that is all that counts... doesn't matter how I did it... just that I did it!  One thing I never have to do again. ;) 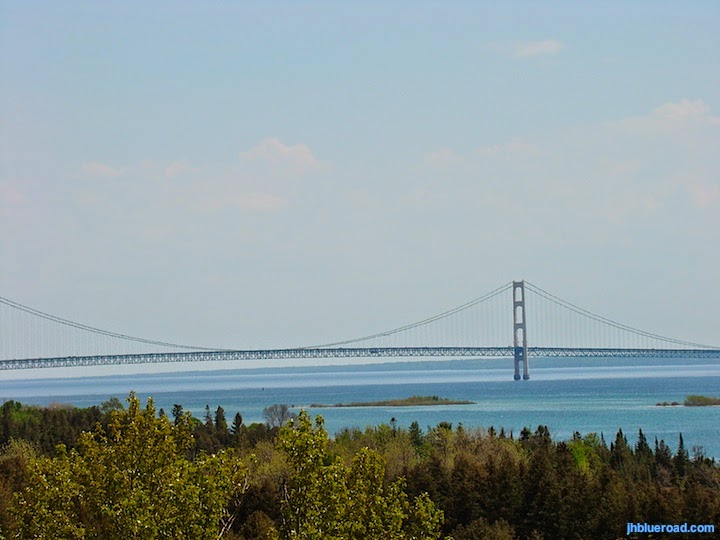 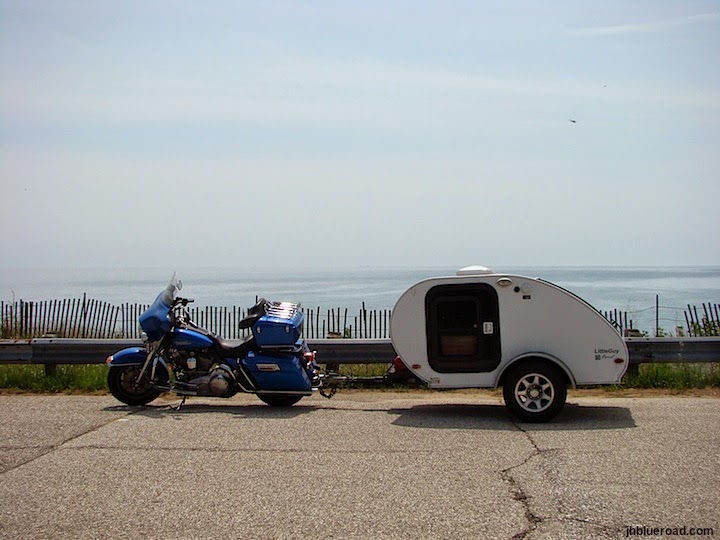 Blue and TicTac next to Lake Michigan

Posted by Patches O'Nassis at 8:52 PM