Saturday was Irish day in Virginia City.  We had a parade and a day full of events... I, of course, was working but got to see the parade. 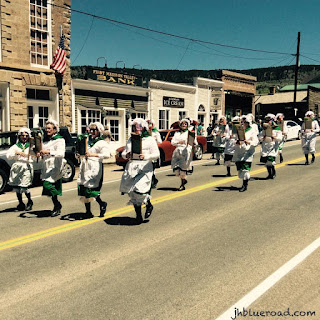 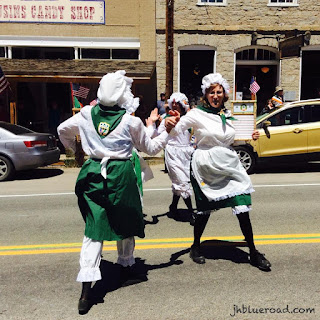 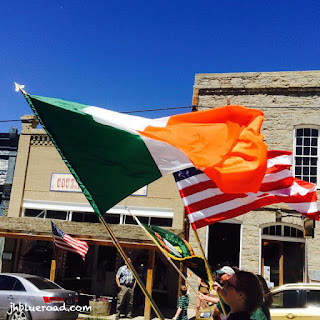 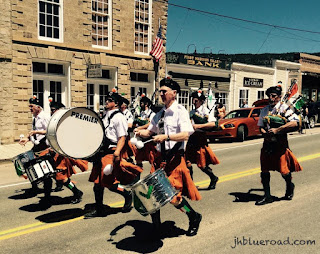 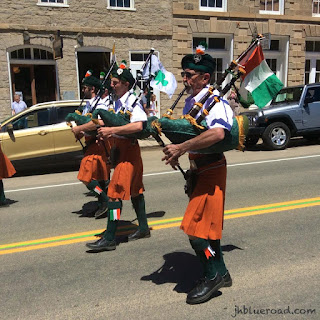 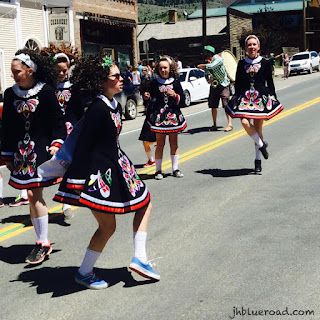 The season is beginning to come full swing.  Had some great people this weekend stop in the shop.  A 95 year old man who instead of saying cheese would say bullshit with a big smile on his face.  He was great!

I told some adults they were not behaving and owed me a beer and they actually brought one back for me.

Had a kid ask me where we get all of our clothes and I told him the cemetery... that one stopped the whole family. :)

I thought I was beginning to teach Yoska to sit.. he did it twice.  I would rub his belly as a treat... ooops... now when I say sit he rolls over and plays dead.  Need to work on that one... but now he sometimes plays dead on command.

Another week is upon us and I'm quite excited.  A friend of mine should be coming by the end of the week and I can't wait to see her!!  She is riding her motorcycle with a friend from Kentucky.

Hoping the weather is good in the early week so I can take Yoska on a day ride somewhere... maybe just over the hill one day and then a longer ride another.  We will see.

Still haven't decided what I am doing at the end of the month... I figure I will know when it is time to know.  So, no stress, no worries just going to enjoy myself.
Posted by Patches O'Nassis at 1:04 PM