I picked up Michelle from the airport in Houston and after a day of getting things organized we headed to California.  It was mostly interstate driving, which isn't my favorite, but we had a place we needed to be.

We spent one night in Junction, TX city park.  Quite nice and we stopped at the bakery in town for breakfast before hitting the road. 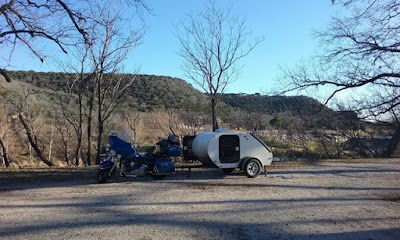 Then we spent two nights at the Walmart in Fort Stockton because of wind.  It was Michelle's first time overnighting at a Walmart.  We stayed at a good example as there were many RVs in the parking lot at night.

We spent one night in Tucson where I spent a week or so last winter. We were able to meet up with a RVing friend for dinner that night for dinner at a great little Mexican restaurant not far from where we were camped. 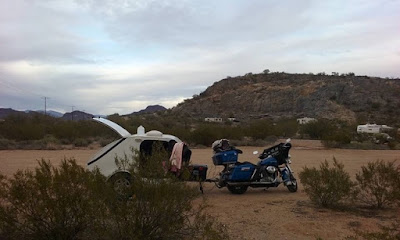 The next day we stopped in the Phoenix area for lunch with another RV friend and spent the night at a travel center on the border to California to meet up for dinner with another RVing friend.

Then it was thru California.  I finally stopped to see the Dinasaurs from PeeWee's Big Adventure. 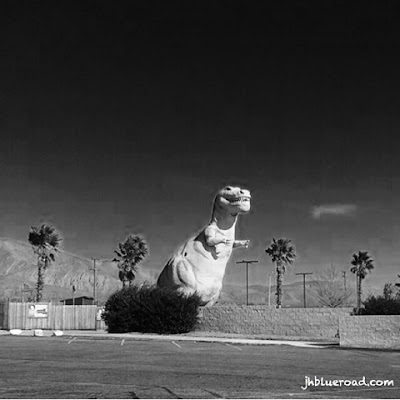 First day of riding in California was a long one since we had to ride around the LA area.  We spent the last night on the road in a hotel.  Then the next day made it to our destination for the rest of winter.

We are helping a friend's mom for a couple months in the San Jose area.  April we will be back on the road again... To where... Who knows.  But we will have a few adventures in the area since I've never been before.