We headed out of Death Vally but had a couple more stops. 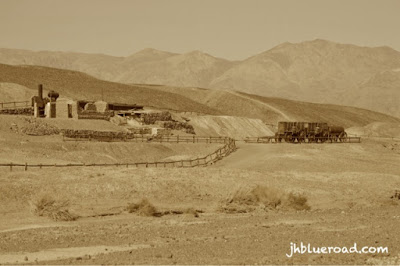 First was checking out the 20 Mule Team and reading all about how they pulled borax for 165 miles to Mojave. 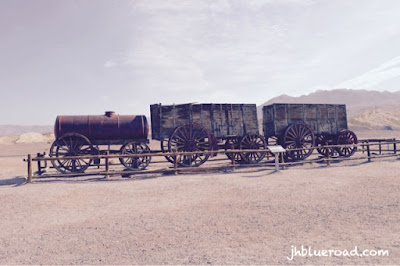 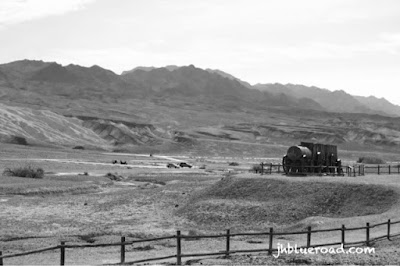 Where is Blue and TicTac? :)

Then we stopped at Mesquite Flat Sand Dunes.  It was a hot morning and we were quite tired so it was a quick stop. 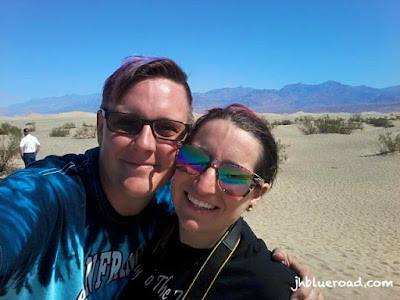 The driving of others this day was ridiculous.  I was passed in a construction zone when we were following a pilot car inside the National Park and then on the way out of the park passed as if we were standing still in a 30mph zone.  Not sure why those people would go to a National Park to speed thru it.  Crazy if you ask me... And dangerous.

Then we stopped at Rhyolite, which is a ghost town.  Had a nice lunch and checked things out. 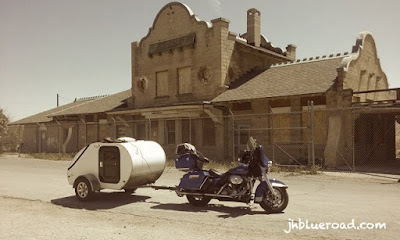 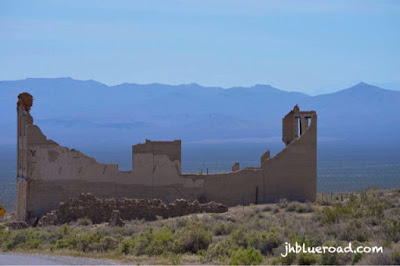 We made a gas stop in Beatty and then decided to head to a rest stop off hwy 95 on the way to Vegas.  The wind was suppose to pick up the next day so we needed a place to be for a couple days.

On our way down to the rest area there was a green jeep that decided to pass an RV on this 2 lane highway with a drop off shoulder.  I honked in plenty of time for it to go back behind the RV but it kept coming with no where for me or the RV to go.  I just took a deep breath and kept riding and luckily the asshole made it between us.  I had had enough with stupid drivers for the day so I was thankful when we got to the rest area for the night.

We ended up paying $20 or so for an electric site at a small RV park across the street from the Alien Center.  We spent one night there and one night at the rest area next door which was free. 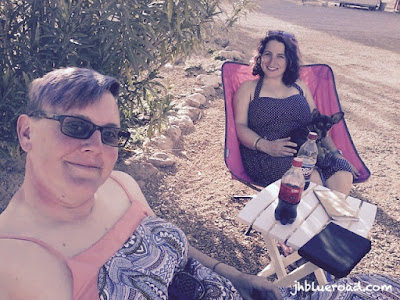 That is us relaxing for the evening at our RV spot.  We got to shower, wash clothes and charge up TicTac.

Many things to entertain us across the street. 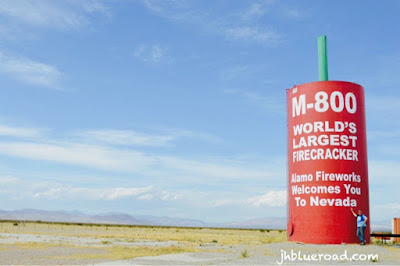 There was the World's largest firecracker. Area 51 Alien Center.  I got some really cool alien suspenders and Michelle got some new riding glasses. 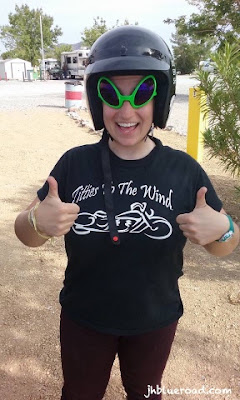 We also got a free tour of the brothel next door to the Alien Center. 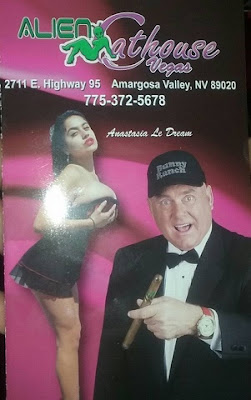 It was a bit more than we needed to know but I was curious what a modern day brothel looked like.  I had heard a lecture on Montana brothels during the gold rush a few years ago and it was educational... Guess this tour was educational also... Michelle was a bit traumatized. :)

The second day we were there was quite windy... A good example of a desert wind storm.  We had to wait for the wind to calm to cross the street to the Alien Center.  It would get so bad you couldn't see across the street.  Here is Michelle getting a dusting. 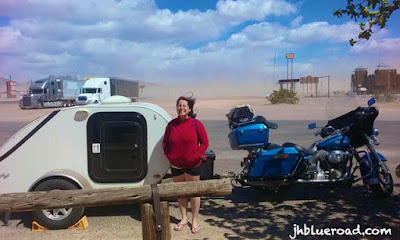 Posted by Patches O'Nassis at 3:07 PM