We finally had a day with a little less wind to make the ride to Vegas.  We stopped in Vegas at a library to catch up on a few things.  Vegas has awful roads and their signing is atrocious.  We headed down this side road with road construction and the pavement just ended... No sign or anything... And not a straight across road ending but a gradual into the gravel so each tire would have to drop off about an inch or so into the gravel.  I decided not to do that with the trailer attached and wanted to turn down the other street.  Cones and barrels everywhere and I got TicTac stuck on a barbell and dropped Blue while still standing... Even Michelle walked right off the bike.  Cool thing with two of us is that we can get the bike right back up again, move the barbell and head on our way.

We spent the afternoon at the library.  When I went outside to check on Yoska we had this booklet, coupons and note attached to Blue. 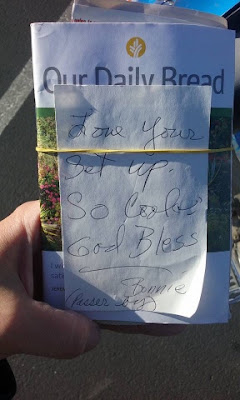 We headed to a Walmart we were going to stay at for the night before heading out to Hoover Dam and Kingman the next day. 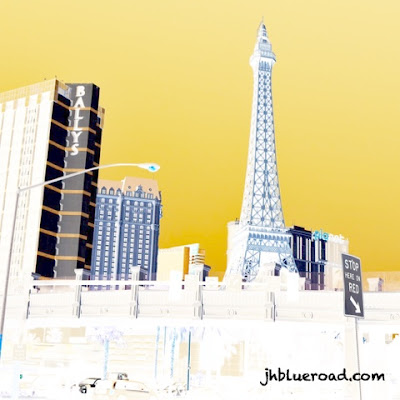 I'm not a fan of crowds and traffic so a drive by of the strip was good enough for me.

Across the street from Walmart was a casino with a buffet.  So we headed over, made pigs of ourselves and then each spent $5 in the penny slots. 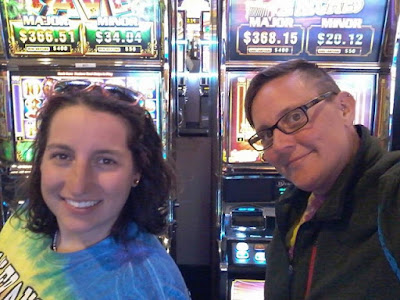 Michelle's first time with a slot machine.  She was disappointed it was all buttons and she didn't get to pull down the lever.  We didn't win anything just played til the money was gone.  Then headed back to rest up for the ride the next day. 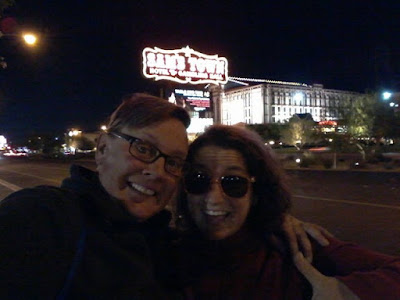 The casino was called Sam's Town and across the street from Walmart.  Walton related or just a coincidence?

Michelle is an organizer... If you need your house or office organized hire Michelle.  She gets TicTac prepared to sleep in every night... Here she is organizing our things and purchases before heading out to dinner at the casino. 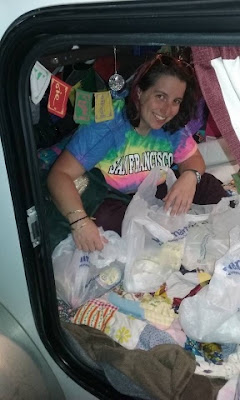 The next day we were still having a bit of wind but headed off anyways.  We stopped in Boulder City to get out of the wind for a bit and they had an art show that day.  So we wandered around for a little bit and had lunch. 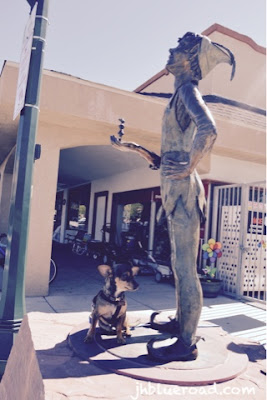 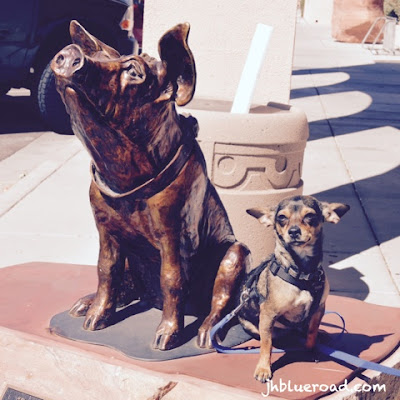 After wandering we got back on the bike and headed to Hoover Dam. 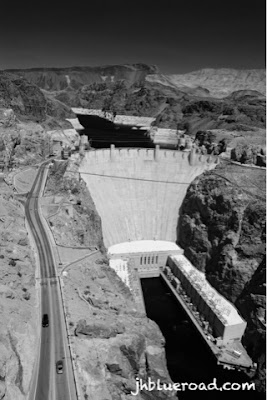 We cracked up at this sign because Yoska was on the bike with us so he was on the dam.  Such a rebel. 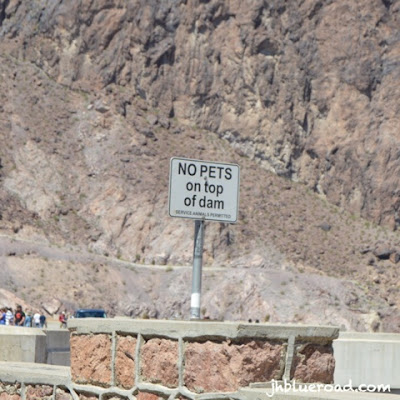 Then it was off to Arizona! 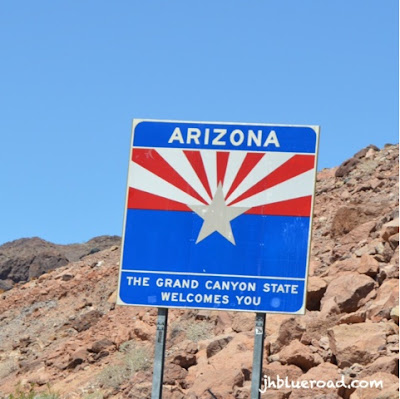 We saw this great view on our way to Kingman. 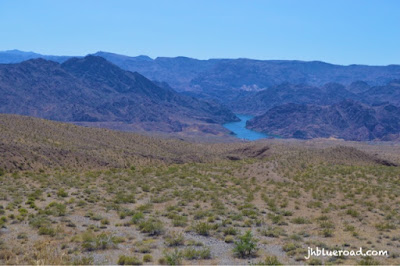 In Kingman we stopped at a Route 66 museum that was free.  We parked right by this teardrop. 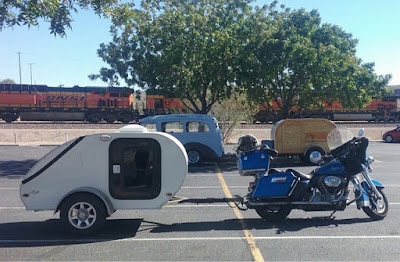 We found a dog park in town. Yoska had a blast and made a couple new friends.  It was his first dog park experience. 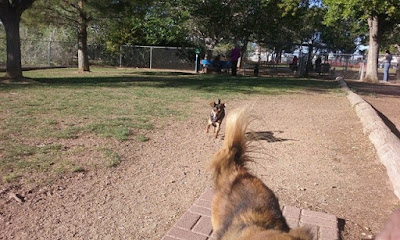 We made dinner in the park and then headed 10 or so miles east of town on I-40 to a Love's Travel Center to spend the night.  Headed to the Grand Canyon the next morning.