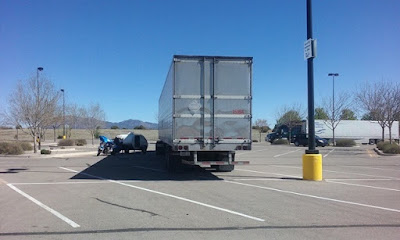 The entire parking lot was empty and this jerk chooses to park here.  To me that is a threat.  Not only inches from us this person also parked thru the lane to drive in.  So no one could see us parked there while coming out of the parking lot or coming around this obnoxious monstrosity.  I was not impressed.  I took down all the information and called the trucking company but never heard back.  This could of been a dangerous situation for us being so small and there was no reason for this truck to park this close.  No excuse for this.  We were quite ready to get out of there... If you remember the winter before and the bad haircut experience... That happened at this Walmart.

After 2 days of being at the Walmart with not much to do because of wind we were excited to be back on the road heading east.  Not many more stops until we get to my parents in Kentucky ... The only issue is the wind.

We headed out on the interstate to Amarillo.  We first stopped at Adrian TX for the midpoint of Route 66. 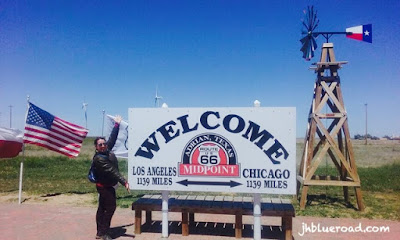 We met the woman who Flo in Cars was created after.  She owned this store below. 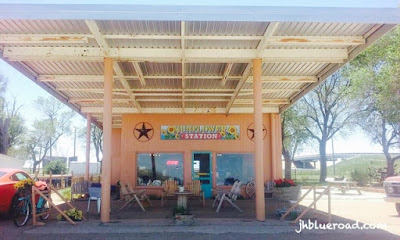 She gave us a signed postcard with Flo on it.  Pretty cool. 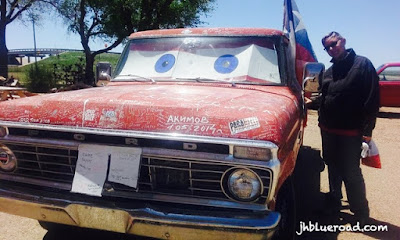 We had some dessert at the diner and headed out.

In Amarillo I found a RV museum.  It was a must stop.  Jack Sisemore Traveland RV Museum. 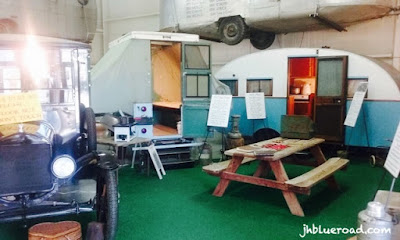 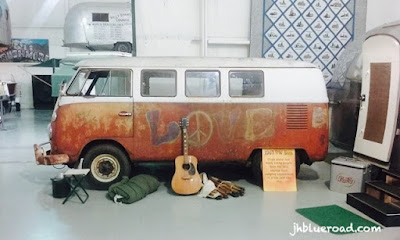 They also had a lot of old motorcycles... For those of you who are more the motorcycle enthusiast than RV enthusiast. 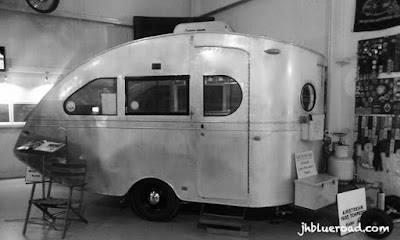 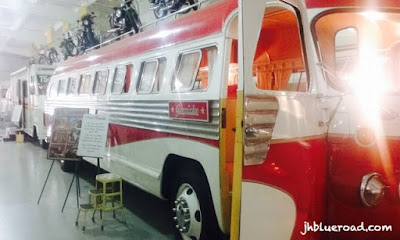 This bus is from the movie RV with Robin Williams.

We ended up spending the night in Amarillo at the truck stop.  No rain and no wind but quite the hot day.  With Michelle traveling with us we try to do around 200-250 miles a day.  It isn't so comfortable for her on the back of Blue.  We don't have a full touring seat so she has as large of a seat I could find to go behind my solo seat.  It works out well... We stop more often to see things, I don't get so tired and Yoska gets a few strolls during the ride when we stop.

Off to Oklahoma next.